Why Businesses Get Into Trouble With Payroll Taxes? 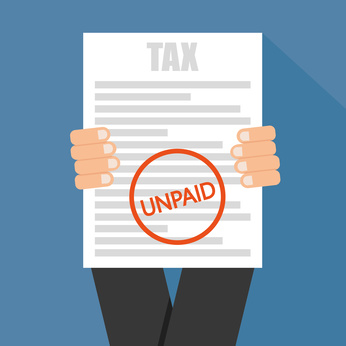 Payroll taxes troubles is the largest portion of the tax resolution cases we handle in our office.

The issue is why?

That is what I will be addressing in this post today.

Payroll taxes are the easiest loan available to the small business owner and the hardest to pay back. Easy because there are no loan documents to fill out, no dealing with the bank and their loan covenants or permission to ask.  Just keep and spend the money.  It is the hardest loan to pay back because with all the penalties and interest, the struggling business soon finds itself in a financial hole it has no hope of getting out from.

The Impact of Payroll Taxes to the US Government Money Stream

Payroll taxes are a significant stream of money for the United States Government.  In 2018 alone more than $1.13 trillion were collected in federal employment taxes and more than $1.34 trillion collected in income taxes withheld by employers. The total taxes paid over by employers on behalf of employees totaled more than $2.48 trillion, representing more than 71% of all the taxes collected by the United States Government. (source: IRS Databook for 2018: https://www.irs.gov/statistics/soi-tax-stats-irs-data-book)

The amounts withheld by an employer from the employees for the employee’s share of the FICA taxes and federal income tax are referred to as “Trust Funds” because the employer is holding these funds in trust for the United States Government.

Though the Government has historically found it difficult to prove criminal intent where the payroll taxes were spent to sustain business operations, recently the IRS and United States Department of Justice have increased their enforcement in the payroll tax arena, both civilly and criminally.  Now, the Department of Justice more frequently seeks injunctions against employers who fail to deposit properly and the prosecution of employers who violate IRC § 7202 and/or IRC § 7215.

There are a number of penalties that generally apply when an employer fails to properly account and pay over the payroll taxes.  These penalties are significant, and include the following:

The reason why payroll tax issues become so difficult to overcome is because the failure to withhold and pay-over the moneys properly adds up, but then the application of the penalties and interest piles up.  Often business owners believe they can make up the shortfall “soon”.  However, they do not appreciate how severe the penalties are.

Who Could Be Held Responsible For Unpaid Trust Funds?

IRC § 6672 allows the Internal Revenue Service to recover “trust funds” withheld from employee’s pay from “any person required to collect, truthfully account for, and pay over any tax imposed” and “who willfully fails to collect such tax, or truthfully account for and pay over such tax, or willfully attempts in any manner to evade or defeat any such tax or the payment thereof”

There are two key elements required for an individual or business to be held responsible for the Trust Fund Recovery Penalty under IRC § 6672:

The IRS’ stated position is that willfulness exists where “money withheld from employees as taxes, in lieu of being paid over to the Government, was knowingly and intentionally used to pay the operating expenses of the business, or for other purposes.” (Revenue Ruling 54-158)

The fact that there are insufficient funds to pay both employees and taxes is not a defense. In such a case, employers are expected to prorate the payments so that the employees get a portion of their pay and the IRS obtains the proper amount of withholding for the pay distributed.

Individuals with sufficient control over the payroll process will be deemed responsible when the company fails to pay-over the payroll taxes, even if they are not the ultimate decision maker.  Thus bookkeepers, finance personnel, and even third-parties such as accountants and bankers, could  be held liable. (See Hochstein v. United States – 900 F.2d 543 (2nd Circuit, 1990))