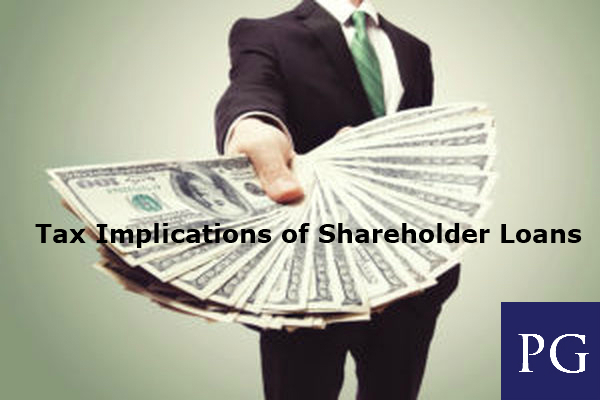 What is Constructive Dividends?

The following are examples of potential constructive dividends:

Nariman Teymourian got a real shock when, at the end of his IRS audit, the IRS claimed that he owed over $600,000 in taxes and penalties, primarily because he had received advances from the corporation in which he had majority control (Nariman Teymourian v. Commr., T.C. Memo 2005-232).

Teymourian was building a home. His corporation made big advances to him during the building period. However, the paperwork between Teymourian and the corporation was far from perfect and triggered the problems with the IRS.

As you can see, there is a big difference between a loan and a dividend.

While Teymourian won his case, he had the displeasure of the IRS’s company in court. Here are seven magic questions you must be able to answer “yes” to ensure that your advances are treated as loans.

Whether withdrawals from a corporation are loans or dividends depends on whether, at the time of the withdrawal, the shareholder intended to repay the amounts received and the corporation intended to require payment. It is not enough for a shareholder to declare that he or she intended a withdrawal to be a loan. There must be more reliable evidence that the transaction is in fact a loan.

Other factors the IRS uses in making their decision between loans and dividends:

An S Corporation shareholder should not ignore the above recommendations. If the S corporation shareholder is not paid adequate and reasonable compensation, then it’s possible that all or a portion of the advances are actually wages not yet recognized. Here, employment taxes may come into play. Moreover, if the S corporation is already in a loss position for which there is no basis for the shareholder to take the increased loss, then income at the shareholder level occurs with no corresponding benefit of the entity-level deduction for the increased wages. These additional wages could also affect the company’s pension plan or workers’ comp premiums.

S Corporation shareholders could reclassify some or all of the balance of the “loan” as a non-taxable dividend distribution. However, simply awaiting a profitable tax year at which time the company records journal entries to reduce or eliminate the shareholder loan may be risky. A consistent practice of temporary loans that are later being adjusted does not assist in proving to the IRS the intent to pay back the debt at the time of the advances.

Careful attention must be given to distributions from the corporation to its shareholder. This is an area that the IRS will address during audits and it is up to the taxpayer to prove that the advances are loans, which has several tax implications. If it’s not truly a loan, the IRS could argue one of the following: 1) Are the amounts actually additional taxable compensation? This would result in an increased deduction to the company and increased ordinary taxable income to the owner-shareholder subject to employment taxes or 2) Are the amounts actually a constructive dividend? Here, the result is potential taxability as ordinary income or capital gain.