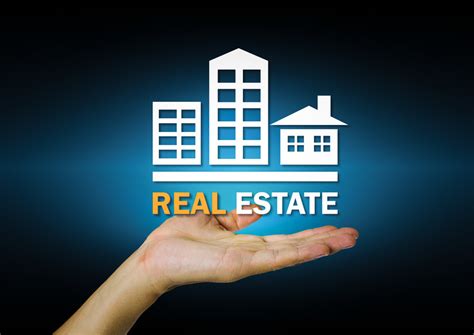 Your building, whether it’s rental property or your office, likely can put more cash in your pocket if you act. You can do this right now—with a building you already own, a building you plan on buying, or a building you are renovating. In this article, we show you how to use the following four strategies that make your building produce more after-tax cash for you:

Let’s say you bought an apartment building. You allocated the cost to land and building, and you’re depreciating the building over 27.5 years. Now imagine this: instead of expensing the cost over that long period of time, you depreciate some of the cost over a five- or seven-year period.

Accelerating depreciation expense puts real cash in your pockets. Why? One of the fundamental principles of finance is the time value of money. Having $10,000 right now is worth more than receiving that $10,000 20 years from now. Why? Two reasons: First, you can put the money into your investments and make it work now. Second, because lawmakers prefer an inflationary economy, today’s money is more valuable than tomorrow’s money.

When you engage a professional to do a cost segregation study, the goal is to have that professional identify parts of your building that you can deduct sooner.

Example. You purchased an apartment complex for $2.2 million. The cost segregation study identified $200,000 of the building as seven-year property. You are in the 45 percent tax bracket when you consider both the feds and the state.

On just the $200,000 change in allocation from 27.5- to seven-year depreciation, you generate additional after-tax cash as shown in the table below:

We’re showing you the $53,557 to open your mind to a cost segregation study. It’s not the full picture. Consider the following as well:

But a cost segregation study isn’t the only way your building can yield big results for you.

You likely had no desire to thank the IRS when it issued its 267 pages of repair-versus-capitalization regulations. However, there are some real golden nuggets in those now finalized regulations. One big example is the ability to make an improvement and write off the cost of the old part. For example, you replace the roof on your rental house at a cost of $30,000. Before the new IRS regulations, you had to continue depreciating the old roof and depreciate the new roof.

Repair deductions put instant cash in your wallet. It’s worth a lot more than depreciation. That’s because you deduct repairs in a single year, unlike depreciation that you expense over many years.

What’s better than accelerating depreciation to increase cash flow? How about turning a non-depreciable asset into a depreciable one? Here, you literally make cash out of nothing. By making a proper cost allocation between the land and the building when you purchase the property, you can maximize your depreciation deductions.

Base the allocation between land and building on fair market values (Reg. Section 1.167(a)-5). It’s best to put the allocated amounts in the sales contract when purchasing a building. To prove fair values, you serve yourself best when you spend money on a qualified appraisal.

Absent an appraisal, the courts have allowed other methods, such as local tax assessments, estimated replacement costs, and the taxpayer’s own knowledge and expertise.

And today, because of the new repair regulations, you should consider that cost segregation study.

One of the more significant changes with the now famous (or infamous) new IRS repair regulations involves the renovation of an existing building. Under the old laws, when you renovated a building, you couldn’t write off the remaining basis of the components you ripped out. The IRS changed that, and now you can assign a value to old components and write off the remaining basis (Reg. Section 1.168(i)-8(b)).

If you own buildings that you use in your business or as rental properties, you may want a cost segregation study to speed up your deductions and ensure your write-offs when you replace parts of your buildings.

When you think about a new building, consider your deductions. Getting an appraisal can create deductions that would not otherwise exist when that appraisal allocates more of the acquisition cost to the depreciable building. And staying with this train of thought, you should consider the cost segregation study to allocate more of the property’s cost to five-, seven-, and 15-year depreciable assets.